Fat is not guilty, please digest my calories

Fat, a substance we know a lot about but don't know a lot about, began to have a negative social image. The word "fat" is immediately associated with overweight bodies, unhealthy diets and certain chronic diseases. Is fat really so bad? What does it have to do with obesity?

It is an important building block of human tissue and one of the main sources of heat (calories). Our vertebrate ancestors apparently took advantage of fat as a super-high-energy fuel, developing unique fat cells and the adipose tissue that lay the foundation for obesity today. In modern times, when food supplies are abundant, people often do not want to store fat and calories, so keeping fit (health) and figure (slim) has become the hot pursuit of people, and many scientists have carried out tireless research on this. 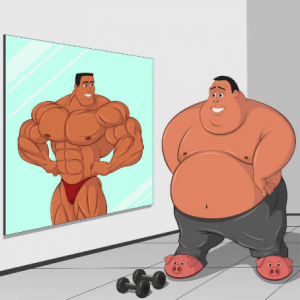 When the treatment of drug resistance meets tumor fatty acid metabolism in the context of obesity, we often need to conduct in-depth research on fat metabolism.

Many reports targeting fatty acid metabolism to overcome therapeutic resistance indicate that joint targeting strategies may be a viable future approach and may be particularly important in the context of obesity and metabolic dysfunction.

In order to study fat metabolism, which aspects should we focus on?

Liver, adipose tissue and small intestine are important sites for synthesis, and liver has the strongest synthesis ability. Note: liver cells can synthesize fat, but cannot store fat. After synthesis, it should be combined with apolipoprotein, cholesterol and so on into very low density lipoprotein, which is transported to the blood and stored in the extrahepatic tissues or used. If the liver synthesis of triglyceride is not timely transport, will form fatty liver. Fat cells are the stores where the body synthesizes and stores fat.

Phospholipids containing phosphoric acid are divided into two classes: phospholipids made of glycerol are called phospholipids, and those made of sphingol are called sphingomyelins. Glycerophospholipid can be synthesized in all tissues of the body, especially in liver and kidney tissues, and is synthesized in endoplasmic reticulum of cells. The glycerol and fatty acid used in synthesis are mainly transformed by glucose metabolism. The second polyunsaturated fatty acids often rely on food supply, synthesis also need ATP, CTP. Sphingomyelin is most active in brain tissue and occurs mainly in endoplasmic reticulum. The reaction process requires phosphopyridoxal, NADPH+H+ and other coenzymes, and the basic raw materials are soft lipoyl CoA and serine.

Synthesis can be carried out in almost all tissues of the body, liver is the main site, and synthesis is mainly carried out in the cytoplasm and endoplasmic reticulum. Synthetic raw material acetyl CoA is the raw material for the synthesis of cholesterol, because acetyl CoA is produced in the mitochondria. Similar to the synthesis of fatty acids mentioned above, it must be circulated into the cytoplasm through citric acid-pyruvate. In addition, the reaction also requires a large amount of NADPH+H+ and ATP. The synthesis of one molecule of cholesterol requires 18 acetyl CoA, 36 ATP and 16 NADPH+H+. Acetyl CoA and ATP are mainly derived from oxidative oxidation of sugars in mitochondria, while NADPH is mainly derived from pentose phosphate pathway of sugars in cell fluid.

In order to measure these lipid metabolism indicators, Abbkine scientists have developed a series of kits, including the following five: