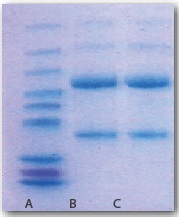 Wuhan, China. 430074. 22th April 2017. Abbkine Scientific is known for its prowess in scientific research and the outfit recently announced the launch of another amazing product, PurKine™ Protein AT Resin 4FF, designed for optimal purification of antibodies.

Otherwise known as Protein A  (Alkaline tolerate) Resin, Antibody Purification product comes in a liquid solution made up of 50% slurry in 20% ethanol. The resin unlike its peers, consists of 90μm beads of cross-linked 4% agarose, with features that make the performance surpass other renowned Recombinant protein A resins.

Unlike other resins, the Protein A Alkaline Tolerate Resin has also been discovered to maintain its optimal functionality even after several uses. This is in addition to its high flow features that make it an excellent choice for scientists that intend scaling up.

Some of the other unique attributes and benefits of the AT resin include high capacity with more than 40mg human lgG per mL of resin making it one of the most effective humanized mAb, cost-effectiveness with no performance decrease after several usages, and flexibility from being available in multiple formats. The most important is Alkali-tolerant rProtein A ligand withstands rigorous Clean-in-place(CIP) and sanitization procedures with 0.1 to 0.5 M NaOH. The medium load is almost unchanged after hundreds of CIP.

The Recombinant protein A (Alkaline tolerate) resin is made for research use only and is available as pre-packed spin column and kit formats.

Abbkine Scientific Company Limited is a life science research company headquartered in California. Founded in 2012, the establishment has been able to spread its tentacles across the globe with increasing presence and acceptance from Asia Pacific thanks to its continuous efforts to make the world a better place.