Two new products were launched, including an apoptosis detection kit and a biochemical detection kit. The details are as follows:

Apoptotic cells produces a number of important changes, including cell shrinkage, cytoplasmic agglutination, DNA disruption, and formation of membrane vesicles, and lead to the separation of cell components to form apoptotic bodies, which are eventually phagocytic by macrophages or parenchyma cells[1]. When detect the apoptosis, do you hesitate to choose the methods or experimental principle? Abbkine has the answer!

1 A standardized kit for apoptosis studies.

After optimization, the kit can simultaneously detect different stages of early stage and late stage apoptosis, suitable for different samples such as tissues and cells, and effectively distinguish apoptosis from necrosis.

It can be used for both flow cytometry and fluorescence microscopic observation.

HeLa cells were induced by inducers A and B as positive control group, and normal cells as negative control. Apoptosis detection cocktail kit was used for detection. Annexin V-Abfluor ™ 488 has a high affinity for PS, and PS exposed through the outer side of the cell binds to the membrane of cells in the early apoptotic stage, which were marked fluorescent green and the nucleus were marked red fluorescent by PI after structural damage.

After Annexin V-Abfluor ™ 488 labeling, the necrotic cells and apoptotic cells in early stage and late stage were accurately identified. 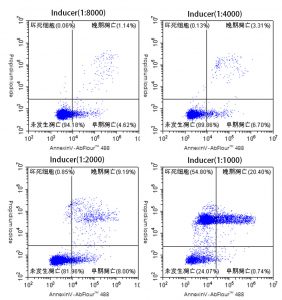 Fig.2 Flow cytometry was used to detect the apoptosis rate by different concentrations of inducer A and B.

CheKine™ Amino Acid (AA) Colorimetric Assay Kit, works by combining the α-amino of amino acids with hydrated ninhydrin to produce a blue-purple compound with characteristic absorption peaks at 570 nm. Then amino acid content can be calculated by measuring absorbance. 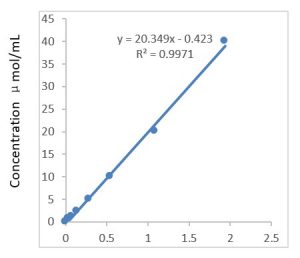 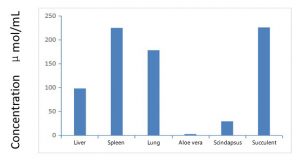 According to Fig. 4 and Fig. 5, the CheKine™ Amino Acid (AA) Colorimetric Assay Kit was used to obtain perfect standard curves, which were verified in both animal tissues (liver, spleen, lung of mice) and plant tissues (aloe, cynoglossa, and flesh-eating plants) to obtain accurate amino acid contents.

Inspire your cell and protein