Annexin V (or Annexin A5) is a member of the annexin family of intracellular proteins that binds to phosphatidylserine (PS) in a calcium-dependent manner. PS is normally only found on the intracellular leaflet of the plasma membrane in healthy cells, but during early apoptosis, membrane asymmetry is lost and PS translocates to the external leaflet.

Fluorochrome-labeled Annexin V can then be used to specifically target and identify apoptotic cells, which can be detected by fluorescence microscopy or flow cytometry.

Propidium iodide (PI) is a fluorescent nucleus dye, impermeant to live cells and early apoptotic cells, but stains late apoptotic, necrotic or dead cells with red fluorescence, binding tightly to the nucleic acids in the cell.

Once binding with DNA, the excitation and emission light of PI-DNA complex is 535 nm and 615 nm. 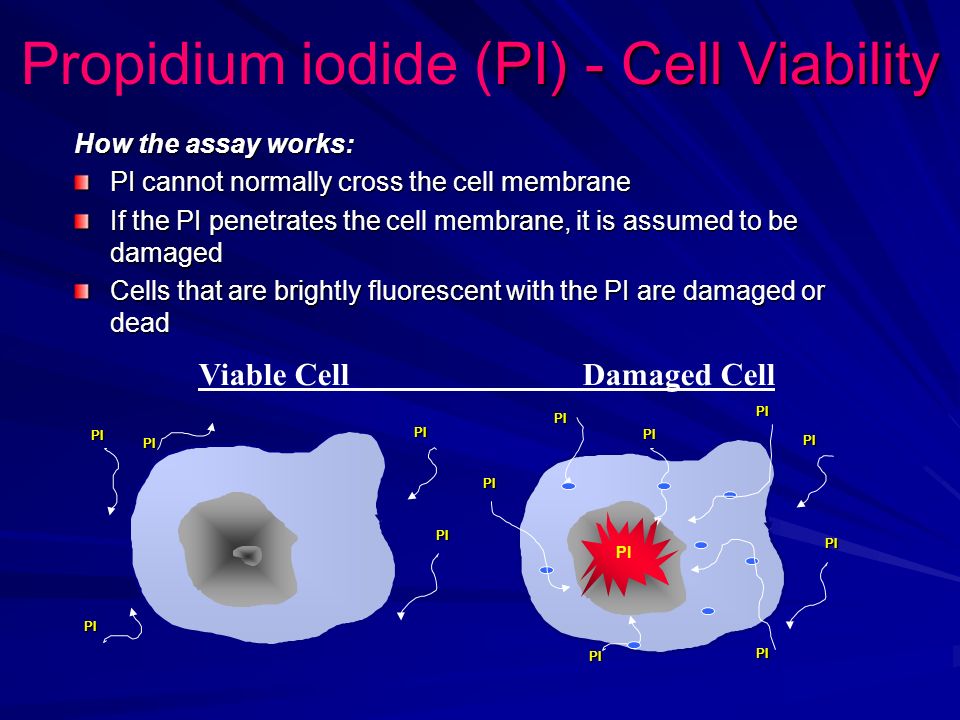 Abbkine AbFluor™ 488 dye is better than FITC, Alexa Fluor 488, Dylight 488 as it is brighter, not affected by pH, and has much better photostability.

Sure. Because annexin v is compatible with phosphatidylserine ( PS ), but PS has no difference among different species.

2. What’s the effect of pancreatin on adherent cells?

Pancreatin has some damage to the cell membrane. But when digested with low concentration pancreatin, the adherent cells are gently blown 2 to 3 times, centrifuged at 4 , 300 g, and 5 min, the damage caused by pancreatin can be controlled within 5 %. And there is no obvious influence on the experimental results when there is a control group.

3. Why can only use pancreatin without EDTA to digest adherent cells?

Annexin V is a Ca+ dependent protein, so EDTA cannot be added to prevent EDTA from sequestering Ca+, thus affecting annexin V and the results.